One Sunday in September: When the Community Cup Final gripped Grace Road 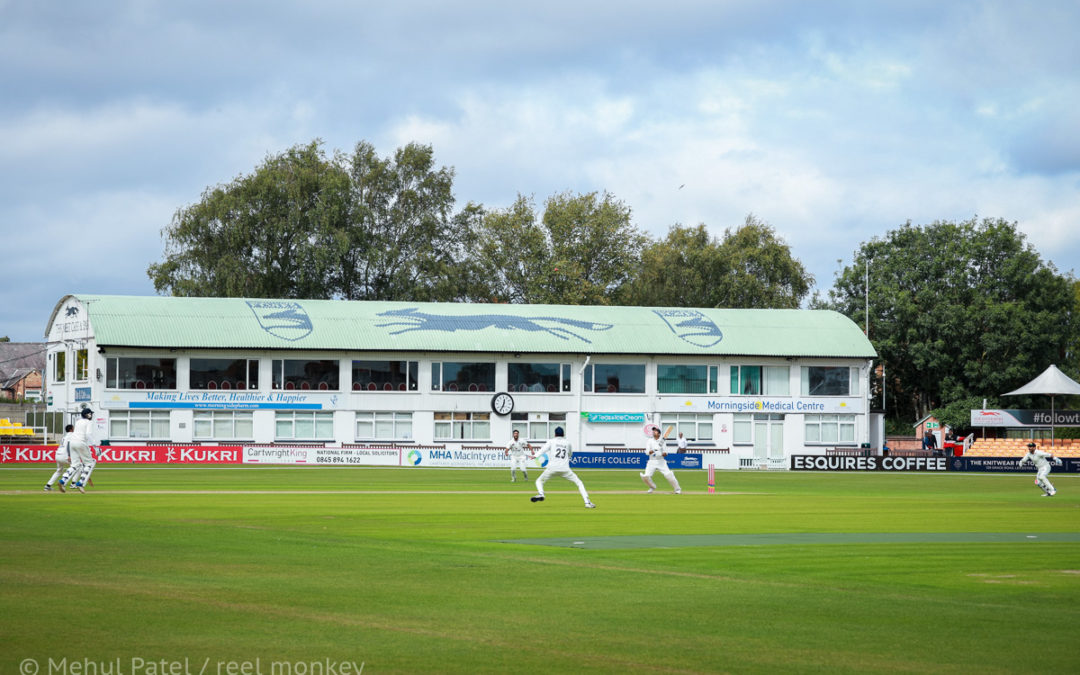 One late summer Sunday in September a gripping cricket match between two local Leicestershire cricket clubs took place at the home of Leicestershire County Cricket Club, Grace Road. It was not quite the amazing Super Over drama of the Mens’ ICC 2019 Cricket World Cup Final in July, where England lifted the trophy at Lords on boundary count ahead of New Zealand, but nonetheless the 2019 LCCDO Community T20 Cup Final provided a dramatic a finish as you could wish.

Reel Monkey covered the final for the teams taking part in what proved a tense and exciting affair. A rare opportunity to play on the pristine professional outfield of Grace Road, inspired the two finalists, Shree Sanatan Cricket Club and Fatana Cricket Club to play a great game full of ebb and flow.

Shree Sanatan batted first and posted a good par T20 score of 159 runs for 7 wickets thanks to some strong hitting in the final few overs.

Indeed that total seemed too much for Fatana who started their reply dreadfully being 9 runs for 3 wickets in two overs!

After a period of consolidation Fatana steadied the ship and reached 40 runs for 4 wickets after 9 overs, still a long way short of the total of 160 runs they required.

Sensing it was now or never, Fatana attacked brilliantly clawing their way back into the match with some clean hitting and strong running between the wickets to get to 107 runs for 5 wickets after 15 overs.

From our photographic point of view it became really interesting too as capturing the emotion of supporters in the crowd and teammates on the sidelines was just as important as capturing the action out in the middle.

The equation had come down to 18 runs required off 10 balls with 3 wickets remaining.

After further shrieks of delight and anguish the match, the final, came down to the last ball with Fatana requiring 3 runs to win and 2 runs to tie. What happened next? Take a look at our photos below to find out…